'LG G Pro 2' is introduced early last year, 'LG G Pro' sequel to one of the large-screen display, cold hands gently took over. 'LG G Pro "is released in four months, one million were sold in the country.

LG Electronics is the end of this month through three companies from the domestic mobile communication 'LG G Pro 2' plans to start selling. South Korea is also preparing to launch in overseas markets since its launch plans.

MC Park, Jong - Seok, LG Electronics Business Division said, "The G-series is reported, taking, to fully enjoy the pleasure of listening to the big screen smartphone strategy," said "simply put, not only technological advances, consumers who use it will feel emotional satisfaction" he said.

LG Electronics is a smart phone users at more than 100 times as much as a day to turn on the screen to turn off the lock screen of your smartphone conceived as the traditional 'knock-on' to unlock feature added to 'knock code' development.

'Knock-code' as turning on the screen to turn off the lock screen that can be processed at the same time, enter the number of an existing drawing or pattern and excellent ease of comparison. Smartphone users in the off-screen as soon as you touch a few times, but can be moved to the home screen.

Usage is simple. Certain areas of the screen is divided into four quadrants Assuming that each zone 1, 2, 3 and 4 give a number of virtual, which is a 4-digit password of "1234" is set to release the region from 1 to 4 times by area Touching the screen will light up as the home screen. Password setting from 2 digits can be up to 8 digits. 'Knock-code' if the password is set, the number of more than 80,000 kinds.

'Knock-code' you can guess by the touch of visual signs of security because it does not expose the screen is excellent. The existing pattern drawing and looking at the number of inputs you need to unlock the screen, but 'knock-code' of the fingers without looking at the screen and lock screen can be solved only by the movement.

Single button, eliminating all of the border 3mm slim bezel is clean enough to show stylish minimalism. LG Electronics' LG G2 ',' LG G Flex "key followed by applying ergonomic back yet luxurious feel and added convenience. Reticular pattern on the front and back cover is reminded of the feeling of metal, the metal mesh surface faintly shining georige (Metal Mesh) method was applied.

- 'viewing pleasure', a vivid picture of the big screen and immersive Full HD IPS
'LG G Pro 2' is jam-packed Full HD IPS display screen mount. The total area of ​​the screen in front of smart phones accounted for up to 77% higher for immersion is excellent.

World markets 'quality LG' stamped on the Full HD IPS display, the brightness, low power, outdoor visibility, such as color accuracy is excellent. The three sub-pixels in one pixel (Red, Green, Blue) by Real RGB yirwojin provides a clearer picture of the way.

'OIS plus look at the conceptual point of view the existing OIS hardware, software algorithms, plus the perspective of the reader. To take pictures during the OIS corrects blurring, since the reader once more shake correction algorithm to make up a crystal-clear picture. So 'OIS plus the OIS applied only hand tremor more effectively than can be corrected, taking pictures in dark environments makes more crisp. The front camera has 2.1 million pixel lens with improved performance adopted.

'LG G Pro 2' has a variety of camera UX is added. HD-quality video taken with 1.4 speed to slow play the 'slow motion', continuous shooting up to 20 photos in one image and then look like a 'burst shots players', 4K Ultra HD (3840 * 2160) resolution You can record video in 'UHD burn', even in dark situations, self camera photo shoot out bright 'LCD Flash Front camera' and the main camera functions.

The higher output than the speaker's voice is clear and is powered by a high-pitched. Output last year launched 'G Pro' more than 30% improved. About 0.5mm thicker bass speakers were complemented. Relatively thicker speaker bass to implement a longer wavelength than beneficial.

LG Electronics, the consumer's demonstrated sensitivity to touch a new UX. UX is not simply showing only technological advances, consumers will use it, can feel the emotional satisfaction that captured UX.

- Leading UX camera
And "Natural Flash (Natural Flash) '
Turn on the flash when taking a color representation of the distortion that can occur, such as excessive exposure to the natural correction makes the image closer to the real.

And "Magic Focus (Magic Focus) '
Changing the focus automatically taken in succession and then selecting the desired image or several images can be synthesized. A picture of the ability to put all the focus too.

And 'Slow Motion (Slow Motion)'
HD-quality video taken with 1.4 speed to slow down playback. Rather than to establish speed shooting speed after taking advantage of something that is changing the play.

And 'burst shots player (Burst Shot Player)'
Up to 20 successive pictures taken by a single image can be seen.

And 'LCD Flash front-facing camera (Flash for Selfie)
Shooting in dark conditions for self-camera picture is bright, and out of function, even if the flash instead of the LCD screen to take advantage of some natural lighting can produce a picture.

- worthy of big-screen UX
And a 'mini view (Mini View)'
5.9 inches large screen smartphone smartphones into making another feature of the screen is the home screen, a small window will appear. Small window can be extended up to a maximum of 4.7 inches, the location can also be moved.

And 'dual-browser (Dual Browser)'
5.9 inches large screen divided into two independent spaces available in convenient multi-tasking capabilities. At the same time, each Internet browser, you can open up and down the room a more comfortable web surfing is possible.

- privacy UX
And 'Content Lock (Content Lock)'
Gallery, video player, notebook, notes and choose only the files you want to hide the app, you can hide. Invisibly set a password is possible as well. Search the dropped file is locked is not shared.

And 'Guest Mode (Guest Mode)'
Unlike the lock pattern, like a smart phone that can be used with two functions. "Guest Mode" in the photo, e-mail, instant messaging and other personal information access is blocked and restricted driving dwae aepman friend may lend with confidence. Young children have photos, videos, etc. may be required to use take out aepman. Business and private use, it is possible to separate them.
新聞稿：LG G Pro 2 Press Release 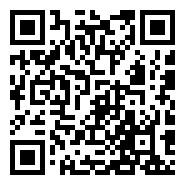